The Barnard Formula Six was built in 1967 in Sittingbourne, Kent. It has a sheet steel chassis and fibreglass body. The engines varied in size from 75cc to 170cc, lawnmower derived. They were first launched at the racing car show at Olympia, but were unfortunately not a success as they were too expensive for the market at which they were aimed.

Our Barnard’s chassis was refurbished upwards and the body repaired. It was repainted in the Lotus colours of green and yellow using two pack materials. The engine, a Briggs & Stratton, was serviced and fitted into the chassis, attaching to a straight through exhaust. The seat was recovered from its original pattern, and can be used by an adult or child depending on the foot pedal adjustments. 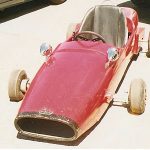 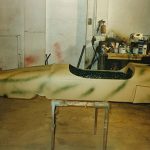 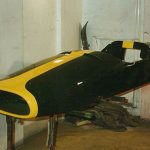 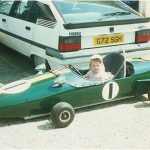 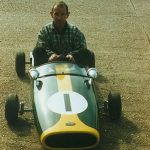